A modern and dynamic town that has become in recent decades one of the axes of the Aragonese territory. An active and innovative municipality, composed of nine pieces of the same gear: Ejea and its towns: Pinsoro, Bardenas, Santa Anastasia, El Bayo, Valareña, El Sabinar, Rivas and Farasdués.

A territory to believe and create, located northwest of the province of Zaragoza, where everything that matters is within reach, in a sustainable environment. And also, here you enjoy beautiful natural landscapes, visit unique spaces and get to know a valuable artistic heritage. Discover a modern, free, living, open and diverse society. A society prepared to receive the challenges of the future. One of the main towns of Aragon.

A place with quality of life

According to a 2011 study by the University of Oviedo on the quality of life in Spanish municipalities, in Ejea de los Caballeros the general well-being of people is very high.

The sample has been carried out in 643 municipalities in Spain with more than 10,000 inhabitants and the dimensions of quality of life of the report are: health, education, personal activities (leisure, transport), housing, political participation, social relations, environmental conditions and personal and economical insecurity.

Ejea de los Caballeros is the 29th municipality of Spain in quality of life and the 1st one in sociocultural activity and equipment.

In summary, the positive aspects that place Ejea de los Caballeros as a municipality with high indicators of quality of life are:

Many years ago, before the birth of Jesus Christ, about 10,000 years ago: it is at that historical moment where archaeologists have found in Ejea indications of times as old as the Bronze Age, the Chalcolithic or even the Neolithic.

But it will be later when the presence of humans became stable in the flat lands of Ejea de los Caballeros. Between 800 and 184 BC, its territory witnessed the passage of different peoples and tribes. These were: Vascones, Cerretanos, Iacetanos, Largentes, Sedetanos and Suessetanos. Of all of them, Suessetanos settled down and created what we know today as the municipal district of Ejea. 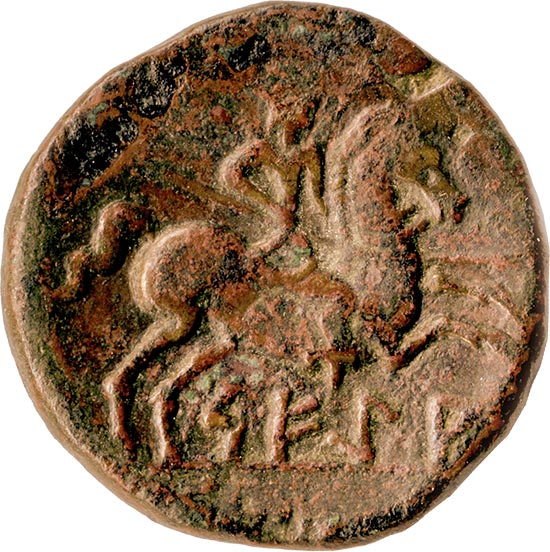 Then the Romans arrived in 184 B.C. and after them, later, the Hispano-Romans, Visigoths and Muslims. They reached the limits of Ejean territory in the year 714. However, the interest that the Christians showed for Ejea was early and after several attempts, in the year 1105 the followers of Islam could not withstand the pressure of Alfonso I the Battler who conquered it in a definitive way: from Muslim Siya, it became the Christian Exea.

Likewise, the Low Middle Ages include key moments for Ejea and for its inhabitants, such as support for the Unionists in their dispute with King Peter IV of Aragon and the definitive incorporation into the Crown of Aragon, in addition to the right of nobility granted by Alfonso V.

Ejea de los Caballeros during the 16th to 17th centuries lived a period of socio-economic splendour, artistic growth and political consolidation. It became one of the most important population centres in Aragon. The economic prosperity and population growth led to the development of new urban spaces.

However, the 18th century was a very hard time for Ejea de los Caballeros. It began with one of the hardest blows that history provided to the area, the War of Succession. Out of the two candidates to occupy the throne of Spain left by Charles II, the Bewitched, Ejea opted for the Archduke Charles of Austria. The War of Succession, which resolved this dispute, made the winner Philip of Anjou, the future Philip V, and the Bourbon dynasty occupied the Spanish Crown.

The troops of Felipe V besieged Ejea in 1706. It was destroyed, looted, set on fire and raised death to unsuspected extremes. That was a hard time for the people of Ejea, who moreover were later punished by losing the capital of the new administrative territory of Cinco Villas in favour of Sos del Rey Católico.

It took the Ejeanos a good part of the eighteenth century in recovering from the dire political, economic and social consequences that the War of Succession produced. But when the situation seemed to stabilize, a new incident broke this path of recovery. It was an endemic epidemic that devastated Ejea from 1771 to 1773, causing 335 deaths, 185 of which were children. The Ejeanos faced adversity once again, with the attitude of resolution and civic spirit. The epidemic gave rise to a tradition that still remains today, established as a local holiday: the festival of El Voto.

During the eighteenth century and also in much of the nineteenth century, Ejea de los Caballeros based its economic activity on livestock, specifically in sheep and cattle. The latter was of national importance, as bulls from Ejea were delivered in a big part of the Spanish squares. At this time the transhumance of cattle was very important, which led to developing strong ties of territorial exchange. Sheep from the Navarrese Pyrenees (Roncal and Salazar) and Aragonese Pyrenees (Ansó and Hecho) descended in the winter from the mountains to graze on the plains of Ejea, especially in the lands surrounding Las Bardenas. In summer, the movement took the reverse direction.

It was in the mid-nineteenth century when the economy of Ejea began to change and notice the first signs of transformation through a slow but constant process of land-breaking for cereal plantation, and especially for cutting down communal forests, and the introduction of new techniques and agricultural innovations, and the extension of a progressive process of agricultural mechanization. Slowly but constantly, Ejea was moving along the path of agrarian modernization. From the livestock preponderance it gave more space to agriculture.

In the first third of the twentieth century, important technological innovations were introduced in the field, encouraged by the confiscation of pastures and the activation of the areas in communal mountains, together with the entrepreneurial spirit of the Ejeanos. The use of chemical fertilizers, the application of new techniques, the use of innovative agricultural machines and the launch of the Gallur-Sadaba railway in 1915, as well as a favourable situation in the cereal markets, triggered an expansionary cycle of the local economy. 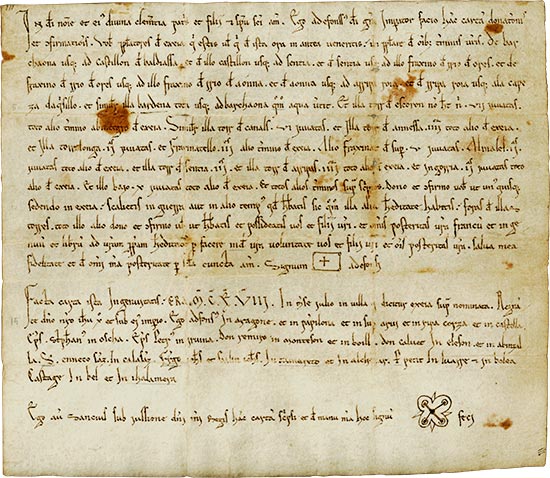 But the historical-economic fact that really transformed the physiognomy of Ejea de los Caballeros was the construction of the Yesa Swamp, the Bardenas Canal and six new population centres, the colonization towns. In 1959, the swamp and the Canal de las Bardenas were inaugurated: 470 Hm³ of swamp capacity, 150 km of Canal length, 97,300 hectares irrigated and the construction of colonization towns meant a change in the demographic, economic, urban and social structure.

"Ejea de los Caballeros has a continental climate, softened by slight nuances of the Mediterranean climate. It is characterized by extreme temperatures, dryness and irregular rainfall and clean atmosphere thanks to winds."

"The average annual temperature is 14°C. The hottest months are July and August. The average rainfall of Ejea is 468 mm per year, with May being the rainiest month followed by the autumn season."

"The north wind encased in the Ebro valley develops into the so-called “cierzo”, very characteristic of the area, which reaches high speeds and causes a very cold thermal sensation in winter but refreshing in summer."